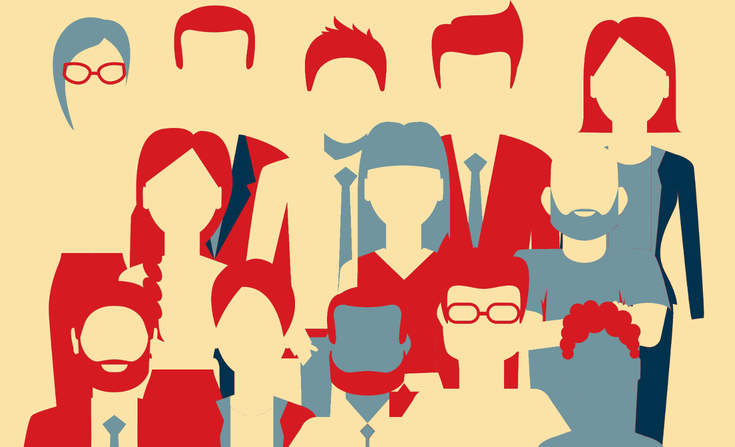 Some reflections on a Sunday morning in Oslo. Lately, I have been challenged to comment on the racism experienced that many foreign adopted experiences in Norway.

When it comes to racism, I believe as a C-level executive it is first and foremost important to focus on a more inclusive and diverse society. By working for a more inclusive society, one will also be able to emphasize the importance of diversity to a greater extent. This in turn will help to reduce skepticism towards the unknown and reduce racism in the long run.

There is a lot of talks of the importance of sustainability in the Norwegian public, but often the focus is on the environment and the circular economy. To a lesser extent, we see that the debate is about diversity and inclusion, which is equally important in building a sustainable society over time. Diversity in society, last but not least in working and organizational life is about acceptance for inequalities. It’s about inequalities in the way each of us understands and solves a given challenge. It is about inequalities in approaching a problem, our behavior, working style, leadership style and more. The research shows that there is a link between diversity and increased profitability for companies, there is a lack of diversity in the top management of Norwegian companies.

Inequalities between people are the source of diversity and in the working life there is the total amount of inequalities within a group, for example a top management group contributing to diversity. This means how the top management group is composed about gender, cultural and geographical background (ethnicity), education, values, age, attitudes etc.

Research shows that diversity in most cases has positive effects for a business, yet we see lack of diversity in senior management groups in Norway. Diversity in a corporate culture has pervasive values and attitudes that allow people of different backgrounds and ways of thinking to collaborate effectively and achieve maximum potential. Tolerance and respect become important values. In addition to the business economic effects, this is also part of the corporate social responsibility. It is in the tension between our inequalities that there is a potential for added value, and that is where diversity can be profitable. Ethnic diversity is part of this picture. However, profitability and added value do not automatically occur in many companies. Management is required which, on the one hand, includes and collects the inequalities, and on the other hand uses the opportunities in these inequalities. With profitability we think more than just increased returns and earnings for the company. Profitability is also satisfied customers, users and employees. There is lower sickness absence and increased adaptability and adaptability. Profitability is increased competitiveness and improved reputation. Profitability is sustainability. This also means that profitability is at least as important for public enterprises as for private individuals. The research shows us that there is a connection between diversity and increased profitability. This is especially true of ethnic diversity.

The research gives us examples of the benefits that diversity can bring to businesses, but so far it does not show much why or how added value arises. This means that companies must try their best to find their own formula for success with diversity.

In the report “Diversity matters”, McKinsey & Co. 2015: The report shows that companies that have diversity based on gender perform 15% better than others. If the business also has ethnic and cultural diversity, they will perform a further 35% better than others. The report shows that many companies report increased employee satisfaction, better customer understanding, that they make better decisions, and that they can attract the best talent.

In the report “Delivering through diversity”, McKinsey & Co. 2018: This is a sequel to previous research and is based on a larger data base. Here, the financial benefits of diversity are confirmed, and the report also shows that companies with diversity in management are doing better. The report explains how inclusive strategies can enhance competitiveness.

In the report “Diversity Dividend – Canada’s Global Advantage,” 2017 published by the Center for International Governance Innovation, Canada: The researchers found in this report that companies that increase the percentage of immigrants on the staff by one percent on average increase their income by 2.4% and productivity by 0.5%. In the report, more than 100 business executives say they were keen to recruit from a larger talent base and believed that different views contributed to greater creativity and innovation. Greater diversity opened the opportunities to develop and tailor services to a more complex customer group, which increased competence in international markets.

«Diversity brings millions on the bottom line», 2011 report published by ISS Denmark: The report is made by the consultancy house PwC and documents that diverse teams (gender, age and ethnicity) earn 3.7 percentage points more than other teams.

Business environments are becoming increasingly complex, and the intensity of competition in most industries is increasing. Having diversity in top management can provide a valuable foundation for change preparedness and the ability to meet new challenges. There are too few multicultural Norwegians at the top of the Norwegian companies.

We need C-level executives who recruit others who do not look like themselves and are copies of themselves. Therefore, recruiters and c-level executives need to be confident in themselves and understand that the unknown is not dangerous. The unknown is not necessarily unsafe but is an enrichment in terms of diversity. It’s about accepting inequalities and the way each one of us understands and solves a given challenge. It is about inequalities in approaching a problem, our behavior and working method. As described above, research shows that there is a link between diversity and increased profitability for companies.

Therefore, I hope that in the years ahead we will see more inclusion and greater diversity in the top management of Norwegian companies. This will also be a good way to prevent racism.