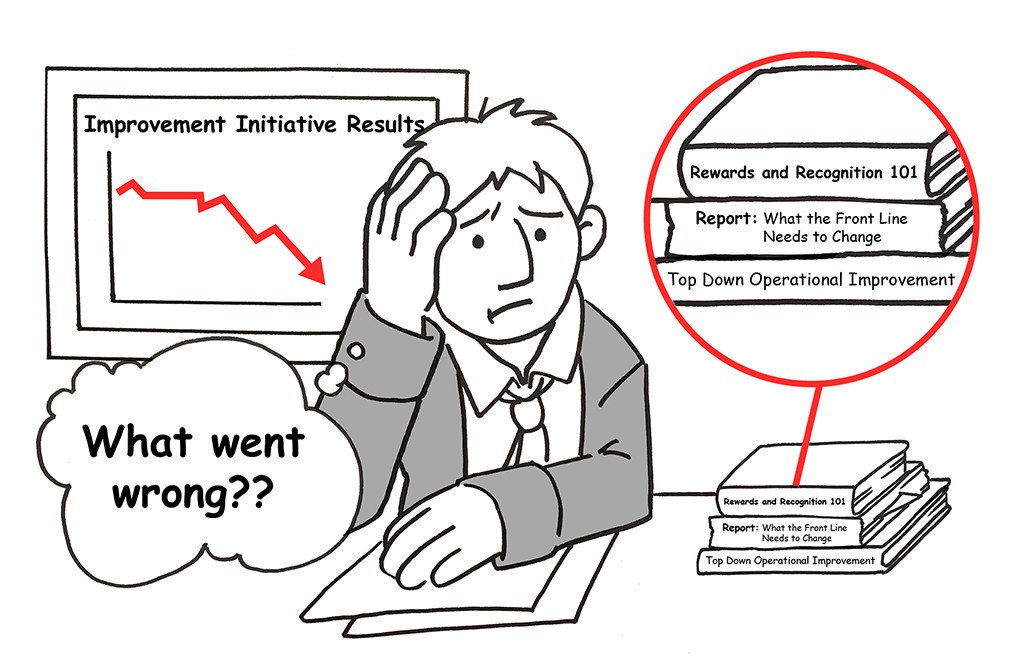 Occasionally, deployments die quickly (being cancelled 12 to 18 months after starting), however, most programs languish for years in a near death state. These programs train a few people and work a few projects but they never deliver the benefits that they could.

Each failure point is a result of a decision by leadership. By analyzing each failure point on the basis of “what type of behavior will this decision drive” and “what assumptions could have driven the decision to be made” you will be better prepared to avoid making these mistakes yourself. The analysis of each failure mode will be defined in depth during later articles.

The failures modes can be grouped into six classifications; philosophical assumptions, deployment purpose, focus and actions, organizational structure, and the methods of managing and measuring performance. Each of the failure modes serve to weaken your deployment in unique ways and by different amounts. Some failure modes are fatal, some are life-threatening, and some would be described as “just a flesh wound”.

While deploying your program you may miss 8 failure modes, but it doesn’t matter, the 2 mistakes you do make could kill your program. This is a risk you can’t take.

Money and enthusiasm will not save your deployment, in order to be successful, you must prepare for and eliminate all above mentioned reasons of operational excellence deployments fail.

Additionally, this is not something that can be done solely while the deployment is in motion, this process must start before you deploy.

In the above mentioned case the middle manager had lack of the three first modes, nor was the director interested to listen on how to succeed to secure the support and the right step in the process.  This was also a case that Dr. Hole did not accept either. How do you think it went? The director started the program with full enthusiasm and after 8 months the program was closed down.